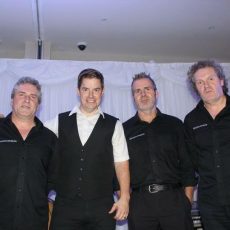 Simon Casey is the well famed band in all over band. He has been a consistent guest on Irish entertainment shows, including Open House, the Late Late Show, Ireland AM, etc. He has since contracted up to Universal Music. Simon’s first single, ‘A Better Plan’, is licensed triple platinum.

Please login or register to add your review.